Binding is a way of laying bricks in a wall. It is important for the final appearance of the façade, as well as for its durability and longevity.

There are many variations of bindings that are divided into two basic groups - stretcher bindings, in which only the stretchers (long sides of the bricks) are visible and head bindings, using the narrower edge of the bricks – their heads.

Bindings based solely on stretchers are easier and quicker to execute, making them very popular despite the uniform look of the wall, as compared to other variants of brick arrangements.

Stretcher bindings differ in the way the bricks are laid, offset by half their length (medium binding) or by a quarter of their length (loadbearing binding). The bricks in a binding can be laid in a column (vertically) or, for example, descend diagonally downward. Group 2: Head bindings
Head bindings have many variations, as laying bricks so that the head is visible can be realized in many ways. Relatively popular are wild bindings, i.e. irregular arrangement of heads in the plane of the wall - usually about 5 heads per 1m2. Things look a bit different with Flemish or anvil bindings. These, derived from the Flemish architecture, consist of alternate stacking of the bricks by the stretcher and head side, which create a chessboard pattern.  The anvil binding is almost identical, but instead of a single stretcher between the heads, two stretchers are laid. Some similarity can be noted in the Dutch binding, where in one row alternately shorter and longer bricks are used in the same row, while in the row below only the heads are used. In turn, the gothic binding, also called the Polish binding, is based on laying heads in a column, each head shifted half-length in relation to the bricks in the row above and below.

The advantage of this binding is the aesthetics of the facade, the disadvantage – a more difficult job for the bricklayer. If there are two stretchers between the heads instead of one, we get the Silesian binding. The difference in the appearance of the resultant from the type of binding used can be seen in the example of the head and block binding. The former is based on covering the entire surface only with the brick heads - the facade then forms a mosaic of small squares. The surface of the wall looks very different in the case of block binding, which largely consists of using the stretcher side - a head only appears at approximately every 4 bricks. CRoss bindings, on the other hand, consist of an alternate arrangement of heads and stretchers in such a way that they form a cRoss-shape, hence the name. It may be a pattern repeated along the whole height of the wall, one under another, or a single "cRoss", spaced at regular intervals. The first method of construction involves erecting three layers: loadbearing, insulating and shielding, even before the... 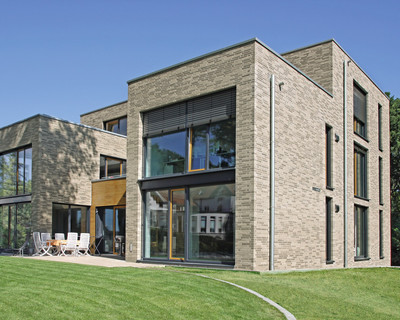 The advantages of the three-layer wall

Building a house using the three-tier wall technology is a prospective, energy-efficient and, what’s also very... 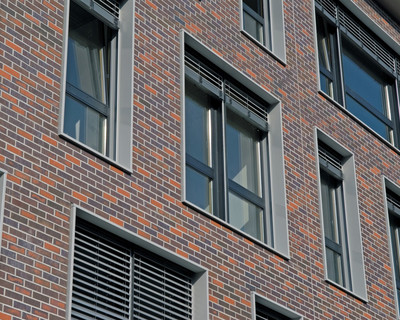 Röben's rustic clinker bricks collection is distinguishable by its irregular rugged face, full of bumps and... Not only plaster covered with paint offers a wide range of facade coloring. Thanks to modern technologies and the... How to refresh a facade?

A brick façade allows us to change the image of our house, improve its technical parameters and reduce the costs... How to avoid efflorescence?

It is of some importance that, as compared to other materials (e.g. plaster), it requires practically no renovation... Ventilation of a three-layer wall

The complementary system of support and shielding walls with insulation material in the middle is characterized by... The color and shape of joints vs. the wall image

Bright or dark, close to the brick color or completely different, concave or convex - the joint really makes a... Clinker tiles are a durable and aesthetic finishing material which, after laying, creates a surface virtually...