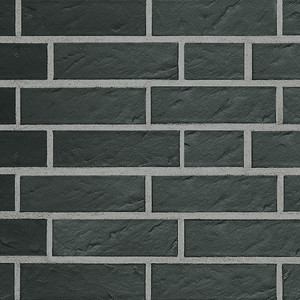 The Dutch province of Zeeland is formed by a delta full of smaller and larger islands and peninsulas. Kamperland is one of the favorite holiday destinations in this region, where in 1961, after separation from the North Sea, the Binnensees Veerse lake was created. On the picturesque plot by the lake, just 5 km from the sea, a unique object designed by the Bedaux de Brouwer architects was created.

In order to optimally use the attractive location of the plot and most advantageously incorporate the house into a gently rising bank, the architects designed a large, two-storey building with 360 m2 of living space and a flat roof that opens onto a water tank through a glass front on the floor. Owing to this, from the balcony and adjacent dining room, we can admire an amazing panoramic view of the garden and a small marina for boats and one of the most beautiful parts of the Dutch coast, from the Lake Veerse and its two islands to the historic outline of the small town Veere on the opposite shore.

Closed from the street

The open nature of the face of the house required to close the other areas to provide residents with intimacy. For this purpose, the elegantly profiled, double-layer glass from the part of the façade open to the lake was combined with a massive, black façade. It gave the building a minimalist character, and also allowed to isolate it from the street. The façade made of black clinker constitutes a coating separating the house from the environment, the continuity of which is interrupted only by three small window slits from the north-east side. The slightly retracted front façade, oriented towards the north-west, with concrete stairs and deeply embedded entrance door is similarly closed. The surprising, eye-catching element of the building is two rounded corners from the north and east. "With their curved, arched form, these two curves form a smooth transition between the massive clinker surfaces and a light glass façade bordering directly with them," says the architect Jacq. de Brouwer.

A load-bearing structure made of reinforced concrete, core insulation and a cladding brick cladding layer form the walls of the building. The insulation consists of rigid foam panels, and the entire partition has a U value of 0.19 W/m2 K. When choosing the brick, the architect Jacq. De Brouwer decided to use black shaded Röben bricks in the NF format, which he selected not for the first time in his career. The bricks laid in the running bond create a harmonious picture of the façade, which made it possible to perfectly integrate the new building with a diverse landscape. “To strengthen the uniform, monolithic appearance of the façade and to emphasize its massive character, we made deep-seated joints,” explains Jacq. de Brouwer. The cement grout technique was used, which allows simultaneous bricklaying and grouting. This means that the mortar is also a grouting mortar. Appropriate smoothing of the mortar guarantees the creation of a slightly rounded joint, resulting in a perfectly made wall.

The permeation of the interior and surroundings

From the outside, the new building gives the impression of a closed, inaccessible structure, but the interiors have a very open character. In the center of the house, following the interior design developed by Annega & Partners, a 7-meter-high atrium- was created, which provides enough light in the bedrooms on the first floor without obstructing the view of the water. A beautiful panorama stretches from the living room, and owing to the almost invisible permeation of internal and external areas, an impression of the immediate proximity of the lake was achieved. 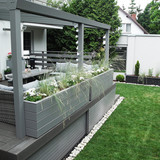 A modern terrace in anthracite 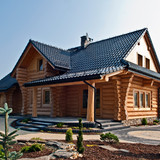 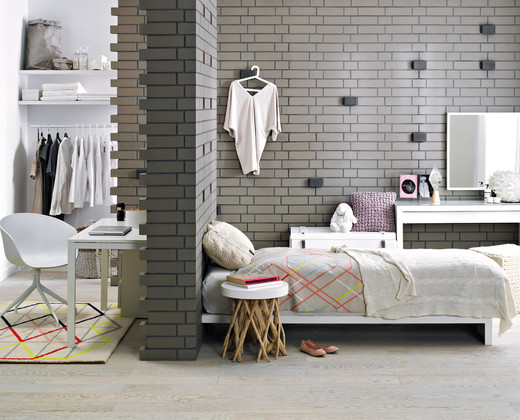 Bedroom with a bathing room 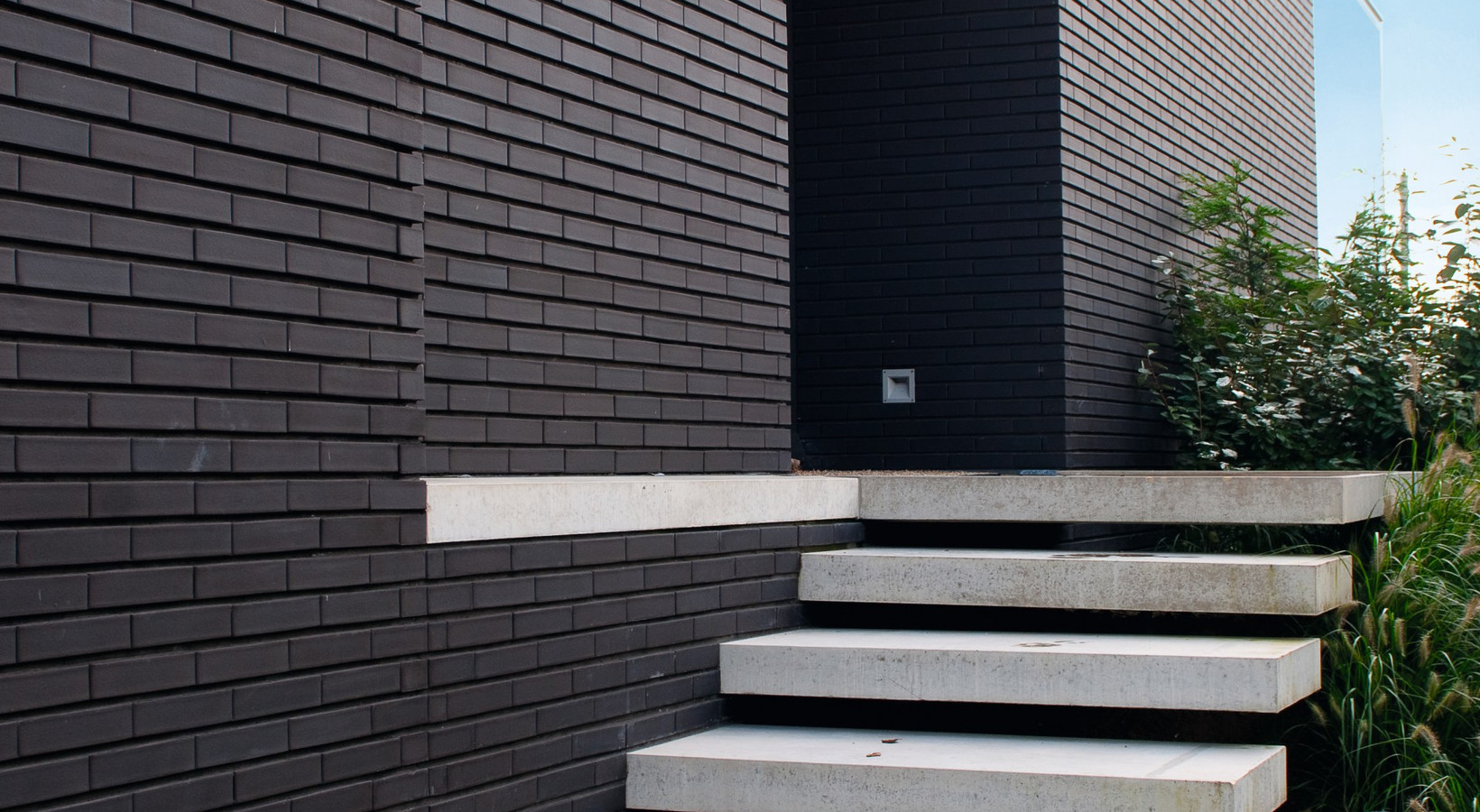 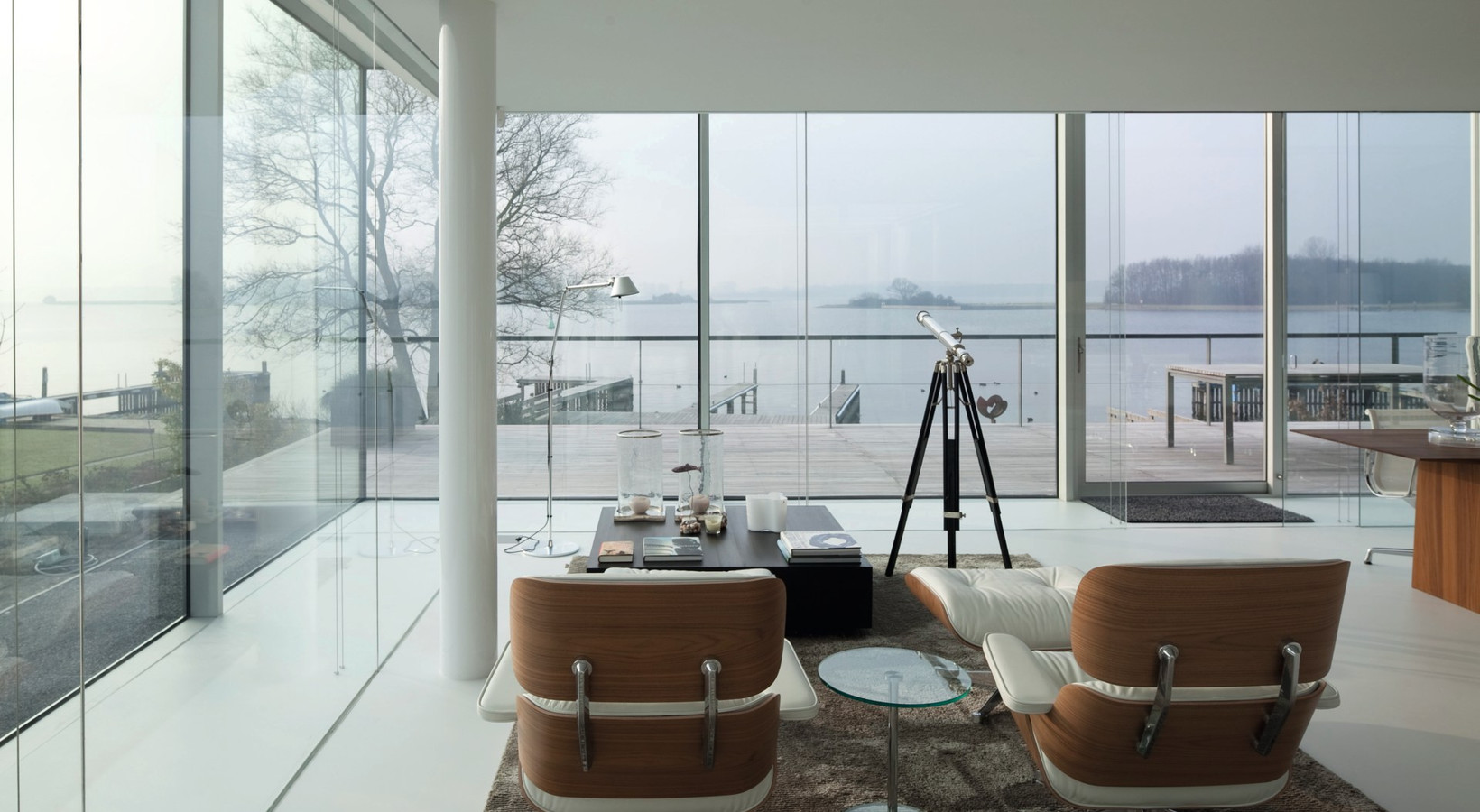 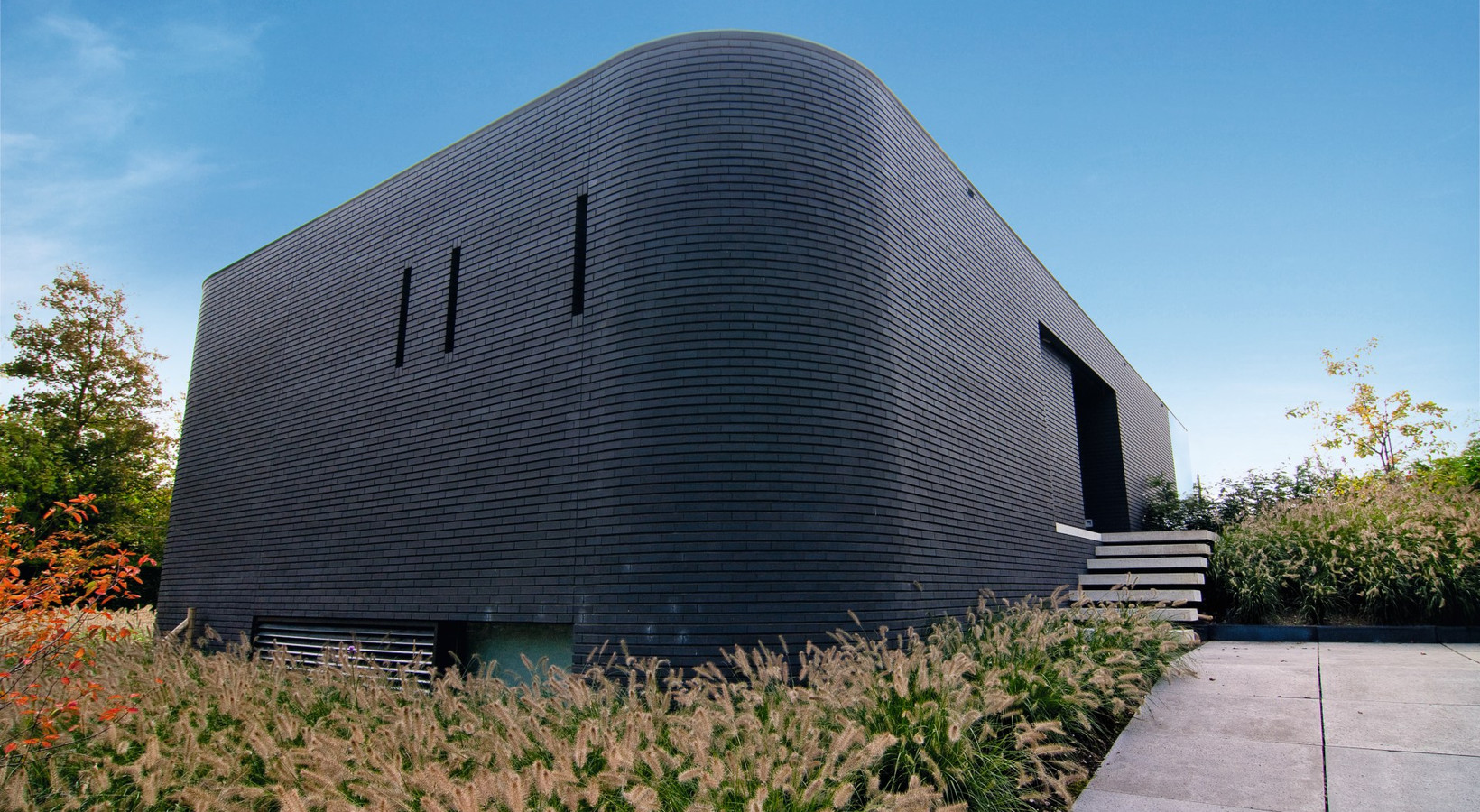 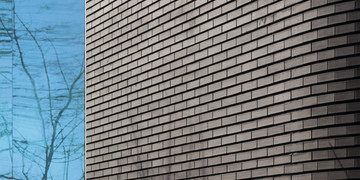 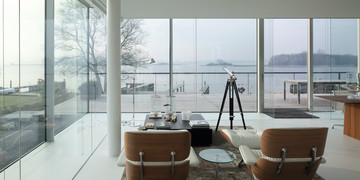 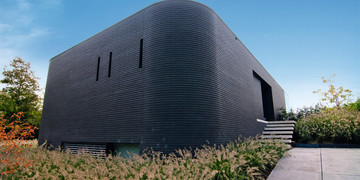 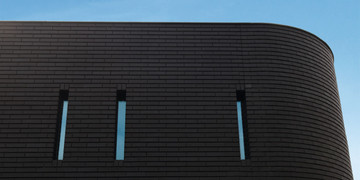